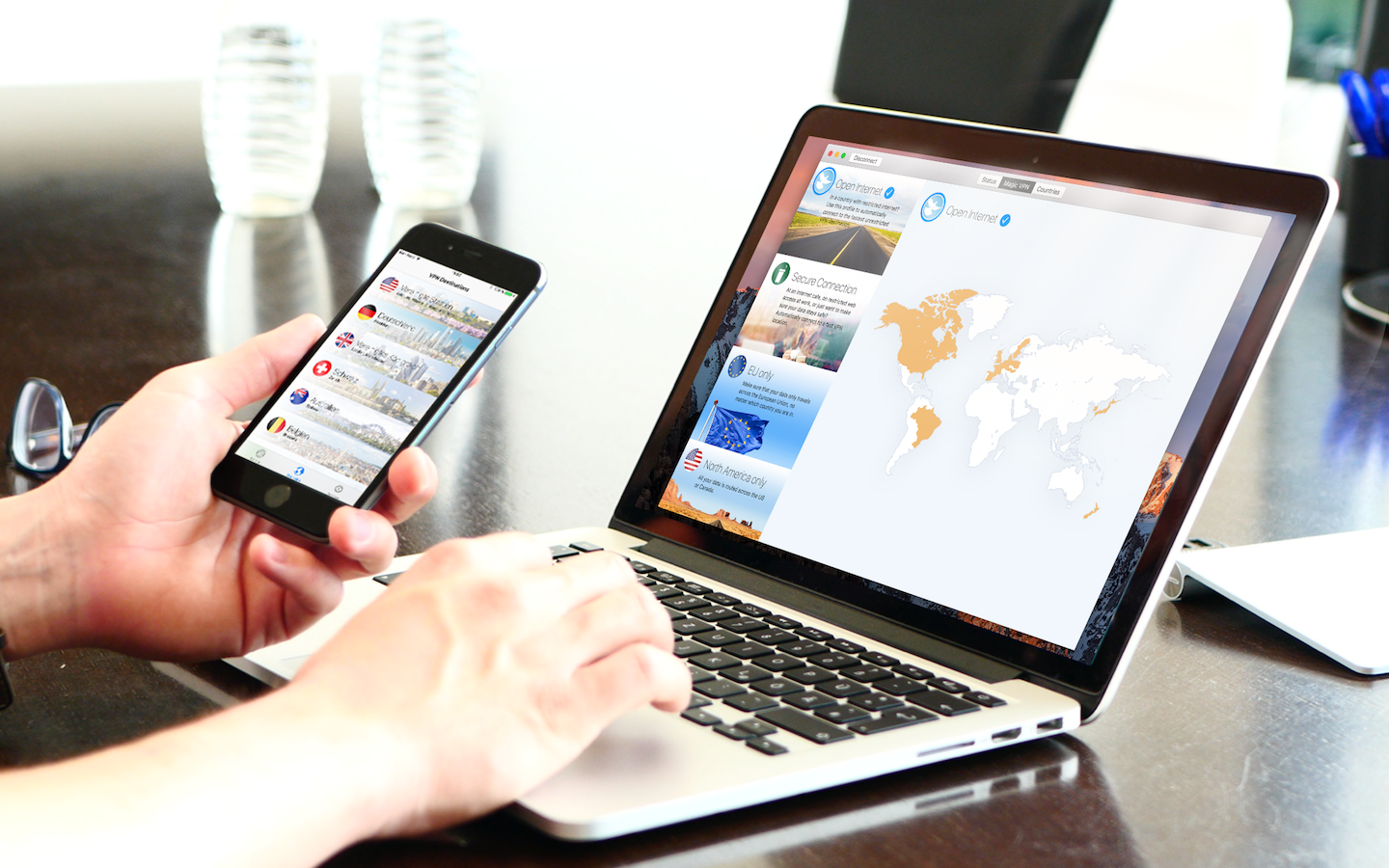 equinux has been making VPN Tracker, our VPN client for the Mac, for over 10 years now. It lets you connect to your office VPN, so you can get on your internal network while you're working from home or one the road.

Over the years, we’ve received a lot of enquiries from customers looking for the other type of VPN – a VPN that lets you connect to the whole internet through a secure connection. But truth be told, most VPN services out there feel a bit sketchy and we’ve never felt comfortable recommending one to our customers…

So this summer, we launched VPN Tracker World Connect – our own VPN service. We’ve partnered with a big network infrastructure provider to provide the backbone of the service and have used our VPN expertise to design a high-performance, highly-secure service.

On the app side of things, we looked at the way VPN services typically design their VPN apps (well, the few that actually design their own apps and don't just use a white-label client) and you usually get a no-frills list of countries with a UI that feels like it belongs on Windows.

We decided to go for a more visual approach that also helps new VPN users understand what's going on: We show a photo of the city you're connecting to, so it's clear that you'll be using the internet as if you were in that country.

Very often though, you don’t necessarily want to connect to a specific country – you just want to secure the wifi connection you’re on, or get onto the open internet (e.g. if you’re traveling in China). And a new VPN user may not know why they have to pick a country at all: what does a list of countries have to do with securing your internet connection?

World Connect’s Magic VPN feature lets users pick a profile for what they want to do and figures out which countries to connect them to.

If a user just wants a secure connection, the app figures out the nearest VPN destination and connects them to that. If a user needs to connect via EU, e.g. to comply with data protection requirements, there’s a profile that does that.

We also decided to do things differently in terms of pricing: On every other VPN service website we looked at, you never really knew what your price was going to be: do you want the gold package? How about the super special offer? But it's a subscription right – what will your renewal cost be? You get the impression they make it confusing on purpose…

In return you’re getting a CDN level network infrastructure, apps a networking stack built by a team of VPN engineers that know what they’re doing and support from our support team in Munich. Oh and we keep zero logs and your privacy is protected by strict European data protection laws.

There's a 24h free trial (no credit card required), so I'd love to hear your thoughts on the apps and the UI we've come up with.

If you’re looking for a secure, reliable and attractive VPN service for your Mac and iOS devices, check out World Connect on the App Store.